Explore this beautiful track that runs along the Prospect Creek Corridor.

The Warali Wali Trail is a 4.7 km (one way) or a 9.4 km (return) long track that runs along the Prospect Creek Corridor between Cumberland City Council and Fairfield City Council areas. The trail includes a series of four individual public artworks created by Aboriginal artists. The public artworks express the Dreaming Stories of Prospect Creek and tell of the native flora and fauna along the local waterway.

‘Warali Wali’ is the Darug word for possum, a Darug people’s totem.

Below are details of where you can find the individual public artworks along the Warali Wali Trail.

Where is the Warali Wali Trail?

There are many ways to access the Warali Wali Trail including via public transport, the Prospect Creek Cycleway for bike riding or by parking your car and walking the trail.

Please see the Warali Wali Trail Google Map to refer to the location of the artworks and for local access roads to trail entry points.

The Mananga artwork is located near the corner of Long Street and Britton Street roundabout on the Cumberland City Council Prospect Creek Cycleway side.

All artworks are accessible by wheelchair.

Begins along the Prospect Creek Cycleway off Gibbs Road, Smithfield. The pathway follows Long Street, intersecting with Britton Street roundabout and continuing along to Cumberland Highway. Access and parking can be found on Long Street or on the opposite side of Prospect Creek at Rosford Street Reserve on Rosford and Rhondda Streets.

Begins on the opposite side of Prospect Creek by entering a small pathway directly after crossing Prospect Creek. This pathway runs along the creek to the Granville Street pathway and continues on to Cawarra Park, in Fairfield. Access points and parking can be found in many small side streets along this section of the trail.

813 – Bonnyrigg to Fairfield. Stop The Horsley Drive opposite Myddleton Avenue

The Story of the Ravens and the Crows by artists Jean and Jon South.

The story of the Eagle Warrior's battle with the evil magician, by artist Joe Hurst with Francesco's Forge.

The story of how the Casuarinas or 'She Oaks' came to be, by artists Clive and Jason Groves.

The story of the Sisters Boo'kerrikin and how to distinguish between local wattle plants, by artist Joe Hurst. 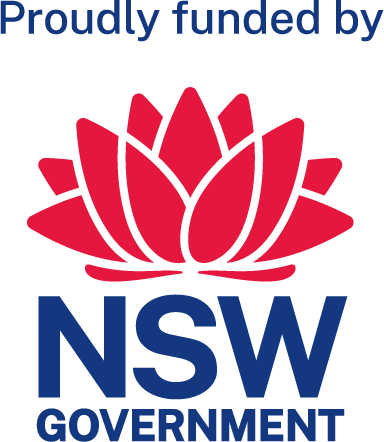